I’m trying to get out of a no writing spell. It’s been really tough because I’m still battling writers discouragement syndrome. That’s not a real thing by the way, it’s just what I’m calling it when a writer feels discouraged and doesn’t believe in his or her own writing.

Today I read an article on Writer Unboxed. Usually when I read these types of articles I think how great they sound, and I might even share them, but I don’t actually use the advice given in the articles. I know that’s really silly and certainly doesn’t make this blog look good. But today, at the end of reading this article, I resolved that I’m actually going to use the advice in this article.

Some of the advice in the article may seem pretty obvious, like having a writing partner to do sprints with and do timed writing together. This makes sure that you actually get some writing done instead of just staring alone at a blank page. But I’m realizing that I need this because I’ve let myself be too alone in my writing, which is one of the reasons I’m not getting Writing done so much lately. What do you know!

So, I think I’m going to find a writer (online or off-line) who would like to do writing sprints with me and just do a little bit in the evening before I go to bed. I like to write at night; it’s when my brain comes up with the best ideas and everything is nice and quiet and I’m done with all the duties for the day, so I feel more free.

I hope that your writing is going well and that you’re having fun reading, too.

I am so, so pleased to see this topic – my main topic of this blog, basically! – appear on Writer Unboxed. This post could be considered part of my series on writing your emotional truths, really, a sortof guest post, on another blog.

Here are my other posts on writing your emotional truths:

Since I’ve written a lot about this topic, and included related subjects in my Artist’s Way posts so far (in case you haven’t seen those, they’re linked to in this post ), I think next I’m going to write about the technical stuff: writing from your brain. How can we study other writers to see what they do that works, and how can we adopt their methods to improve our own writing?

Next post: studying Brandon Sanderson to figure out how to write a great chapter 2!

Great article from WU! Check it out:

I’ve been working on my novel and reading some great library books, mainly YA. I’ve been trying to branch out to read about non-Western cultures more. Just yesterday I finished a new take on the Peter Pan story, and today I’m starting a book about two girls in ancient Arabia.

What are you reading lately?

Standing Out to Literary Agents and Editors 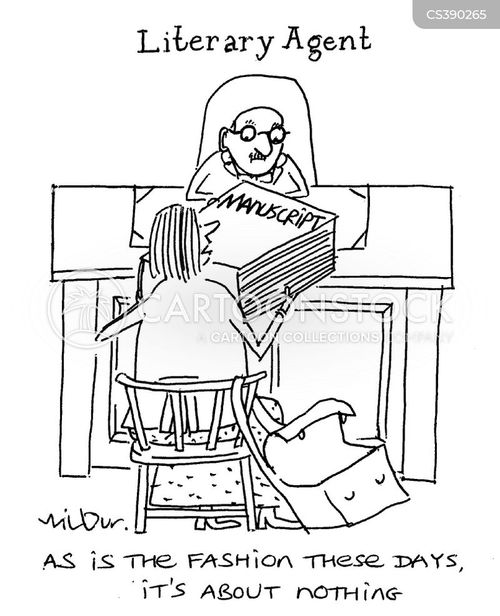 Here’s an article from Writer Unboxed, extremely useful, on how to stand out to agents and editors:

How to Distinguish Yourself Among Agents and Editors

An insightful, thought-provoking piece from John Vorhaus over at the ol’ WU:

Another fantabulous post over on Writer Unboxed – did you know they’re also publishing a collection?! So exciting!

Since I’m out of state visiting relatives and an unexpected emergency came up with a dear mentor, I’m unable to update this blog at the moment. However, I’m happy to share another gem from Writer Unboxed!

Every writer is different.

This week I’ve been contemplating the issues and non-issues in my work-in-progress novel and how to fix said issues. At the same time, I’ve tried to be gentle with myself and not make myself so stressed that I struggle to write at all.

In light of this difficult balance, I decided to visit my old, helpful friend: Writer Unboxed.

Reading the Artist’s Way a little bit more this week got me started on a list of things that stop me from writing. I’m going to work on each point. More on that later.

For now, I recommend thenWriter Unboxed article about one item on my obstacle list: comparing yourself to other writers. You can find it in the first sentence of this post.

This is a topic that has been and is greatly intriguing to me, especially since I read Brenda Ueland’s If You Want To Write. I plan to review her book within the next couple of days and to write more about this topic, just thoughts, soon.

For now though, I have this little interview with John Vorhaus, author of The Comic Toolbox: How to be Funny Even if You’re Not, and other works. This was a guest post on Morgen Bailey’s blog. I confess I know neither of these writers, but I’m going to make a point of exploring their websites now.

Guest Post by John Vorhaus on Writing Your Truth

Note that the original post is about emotional truths, not your truth, but…wouldn’t you say everyone writes their own emotional truths? Or tries to? I would so. So I’ve changed it in my post title and the link title to “your truth”, instead.

Part 2 of this topic is here.

I have been struggling to get this post out, and am sorry to say it is coming about two weeks later than I wanted it to. Life has gotten in the way, as it does sometimes. I decided as a sort of compromise that I might make this post into 2 parts, since it is a potential hot topic, with lots of people talking about it, and my own thoughts expanding and increasing.

This topic that has recently wheedled its way into my brain is:

This is an interesting topic that was mentioned as part of a post on women being properly represented – in literature, in movies, etc. – in Julia Munroe Martin’s post over at Writer Unboxed. Julia focus was more on gender bias in the literary world. My thoughts are more towards the pure exploration of the topic, rather than analyzing it from a gender bias perspective. Of course, the gender bias must be considered when exploring the topic, because as Julia’s post shows, more men are writing books and being written about (whether fictional or not).

Obviously, each gender has been writing about and from the perspective of the other gender for a long, long time – imagination lets you do that. But, there are certain books that have rich characters which we find deeply interesting, or particularly admire. Sometimes we are surprised when we see, say, a rugged hero written by a woman, or a very snappy, clever female character who stands up for herself written by a man. It may be 2014, but sexism is still prevalent in our world – even to the point where the feminists who are trying to defend against sexism are being stereotyped and dismissed.

Let’s take a look at certain characters which have been particularly memorable and were written by the opposite gender. Here’s a short list; please feel free to expand it in the comments:

So the question here is…how can we get into the opposite gender’s head? We live with them. We see them every day. We can interview them, study them, and read about them just as we would do for researching for a fiction book, school essay, academic thesis, etc. We certainly love them and may feel we know some of them deeply. But how do we capture that feeling, where the reader doesn’t remember that we are a woman or man writing our gender-opposite? How do we get it so right that the character sticks in people’s heads?

Ali Hasanali over on Hobbes Lives (love the name! It makes me think of the philosopher Hobbes and also the comic book stuffed tiger character from Bill Watterson’s Calvin and Hobbes) has a lengthy, thorough post on the difficulty of men writing female characters. In it, Ali does a fantastic study of what makes a character dynamic, multi-dimensional, and believable, and how male writers of female characters can make their characters shine.

How do I get into their head, if I’ve never been there? I can observe, take notes, pretend, etc., but when it gets down to it…

1) Depending on where you live or are from, society gives certain roles to each gender.

3) Our brains are just wired differently.

It is this last point that really is the clincher. Our brains are wired differently, yet we see that people have indeed written some fantastic stories with dynamic characters that are their gender-opposites.

Ali makes the point-of-view gender question seem like quite the operation. On the flip side, Mett Ivie Harrison makes light of the matter, saying that when it all comes down to it, characters are just people too, before you even classify their gender, and the bigger a deal you make of it all, the harder it becomes to do.

You can read her article here.

Now that you’ve thought about it a bit, please share…what do you think of writing characters in the point-of-view of your gender opposite?

In Part 2, we’ll explore more on exactly how writers do this, what their methods are, and I want to share a bit on my personal experiences on writing my gender-opposite.