Today I am feeling tired and it’s tough to scrape myself off of my desk chair, while at the same time, it’s a struggle to sit back down in it after time outside. There is something rough about being in an office day after day, for me, especially as spring starts to come around. I just want to be outside!!

Anyway, life goes on. Recently I’ve been reading Murakami’s novel After Dark, after having read a great interview with him a while back. It was about writing routines and daily schedules for writing and other parts of life. I wanted to branch out my reading horizons, and see what I could get out of reading someone new; as a writer and as a reader.

I am currently still in the beginning of this book, so I don’t feel I can give a complete review. But I can at least share some of thoughts about it so far.

When I first started reading After Dark, I thought it was a short-story collection, somehow. I read the first chapter, which was deceivingly slow-moving, wherein a quiet, studious girl reads a book in a Denny’s in the late morning, and a boy who had a crush on her sister sits down next to her. It seemed to be a character-study type of short story. I was intrigued, and kept reading. I like how Murakami uses simple scenarios to communicate profound ideas in life; what makes us feel good within ourselves, how can we capture that? How do we stop comparing ourselves to others (such as beautiful older sisters)? How can we tell if someone has our best interest in mind?

Then, in the second chapter, I realized it was a novel, not a short-story collection, because the older sister in chapter one comes into play. (the chapters are entitled as times of night, not ‘chapter one’ etc. so, I couldn’t tell). Then it gets REALLY WEIRD out of nowhere!! The older sister is sound asleep, and the TV flicks on and off and the reader, who is kindof acknowledged by the author as being in the room, sees a man in a chair in the TV, and the man in the tv is watching the older sister sleep. It was so creepy and intriguing! I hope the older sister is OK. Also, she seemed in a spelled sortof sleep! Suffice to say, I kept turning pages!

We follow the younger sister who was in the cafe earlier, Mari. She makes another late-night friend, this time a manager of a “love hotel” where people meet prostitutes. They help a Chinese prostitute to clean up after having been abused by a client; he was angry when she was on her period, and stole her wallet and all of her clothes! This was where I felt like, wow this novel is just so unpredictable, what is going to happen next? How will all of this connect?

So, those are my bewildered thoughts on the book so far as a reader, haha. If I haven’t weirded you out too much by now, or disturbed you with spoilers, find out what I thought of Murakami’s story, from a writerly point of view.

What I thought as a writer

Murakami’s writing is easy to understand, and he gives a quick but descriptive idea of a place or person. I could see it all in my head like a movie, and I appreciated his willingness to describe. These days, a lot of writers seem to shy away from describing people or places a lot, saying they want to “leave it up to the reader’s imagination”. I even saw in another writer’s blog, where someone said writers these days lack creativity, and they are “lazy”, because they don’t want to describe things a lot.

While I’m not sure I agree with that (and I’ll try to find that blog entry again to link to here), I do think writing these is a lot different. Even as recently as the 90s, I feel we were getting more direct descriptions of places and people in stories. Now, a lot of stories seem to focus on dialogue and action. I like contemporary stories, of course, but I do love immersive description! Let’s just say, in a nutshell: I like Tolkien, but his descriptions of Fangorn forest in The Two Towers are a bit lengthy for me. That gives you a bit of idea of where I lie on the matter.

Anyway, I digress! Murakami’s style is poetic at times, but also simple. I’ll give some examples of lines that stuck out to me:

“Time moves in it special way in the middle of the night.”

After Dark by Haruki Murakami

“I have been told I’ve got a darkish personality. A few times.”
Takahashi swings his trombone case from his right shoulder to his left. Then he says, “It’s not as if our lives are divided simply into light and dark. There’s shadowy middle ground. Recognizing and understanding the shadows is what a healthy intelligence does. And to acquire a healthy intelligence takes a certain amount of time and effort. I don’t think you have a particularly dark character.”

“Waves of thought are stirring. In a twilight corner of her consciousness, one tiny fragment and another tiny fragment call out wordlessly to eachother, their spreading ripples intermingling.”

I hope you can see what I mean: his language is simple, but also poetic. It carves a picture in our mind, and lead us to a place that feels almost like our reality, but not quite. I like it. It’s a bit unnerving at first, but after a while you feel brave and just want to dive into it.

In summary, I recommend After Dark by Murakami, even though I haven’t finished it yet. I encourage that you check out the list of his books which appears in the featured photo atop this post, which was also used by Sona in her article in Writer’s Block Magazine. Even if After Dark doesn’t intrigue you, maybe another title of his will.

One thought on “Book Review: Haruki Murakami’s “After Dark”” 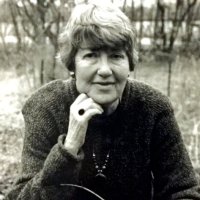