Good morning, everyone! Today is a good day. Sometimes I have trouble thinking positively, even in the morning, but today feels pretty good so far.

Today, I’m going to finish my little duet on writing one’s gender opposite. My previous post, The Melding of the Minds, Part 1, discussed famous men and women who have written their gender opposite to great popularity. I also shared some insightful, interesting posts from other writers on this topic.

I would like to thank everyone who replied and has been following and commenting. I have blogged before, but never about writing, so this whole experience is new to me. Sometimes I feel like I am stumbling along in the dark on a cobbled road, with witnesses! So excuse me if I occasionally let out a yelp as I stub my toe. One thing I’m really loving about writing this blog is discovering new blogs about writing. Just now, I stumbled onto Ingrid’s Notes, which I look forward to perusing after I finish this post. There are a lot of you guys out there! It’s great. I’m having so much fun reading the many perspectives of different writers – from so many varying backgrounds and places, doing so many neat things in this wonderful craft we call writing.

This can be one of the more challenging ways to write one’s gender-opposite. It’s one thing to try and get in the head of the other gender when they’re your age; it’s another to write about a teenage experience very faraway from one’s own. I applaud all of those who do this, and I can imagine it’s a lot of fun.

That’s one of the points I wanted to make in this post. Writing your gender-opposite is so much fun! I find that it’s more fun than writing in my own gender’s point of view, sometimes. The challenge of getting into the character’s head forces me to really ruminate over the character. Who are they and what makes them tick? What is their backstory? Those are such vague questions; as writers, we get to delve into the details with questions such as:

What does this character eat for breakfast?

What is their favorite animal, if any?

What is the character’s pet peeve that they absolutely hate?

I find that the emotional questions are what really gut me and pull me, whether I’m writing my gender-opposite or not. I really love it when people share from their hearts with me. It moves me. It makes me love and appreciate the person more. And, it makes me want to give of myself to that person. My brain and heart tick along and wonder, how can I help this person? What do they need and want that I can help them get? This is how I like to repay heartfelt honesty and genuine sharing. I love it so much, that it inspires even selfish old me to get up and do something for someone else.

I love to create characters because I get to see what is in their heart. I don’t have to talk to them or wheedle it out of them (though I do interview them, sometimes). I DO have to develop it like a regular, real-world relationship though, sometimes. Some characters don’t want you to see in their heads. They want to play around, they want you to write a few scenes about them before you can see what makes them tick.

Other characters are easier to get to know.

The point is, I get to see the contents of the characters’ hearts, and from there, it fuels my writing. The characters who I feel that I really “see” as people, are the characters that really feel alive and are really appreciated by my readers. By appreciated I don’t mean liked, necessarily; I’ve written some unlikeable characters in believable ways, and had my readers tell me that they loved how that character was written, or loved scenes with him or her, even if they disliked the character’s personality or actions.

When I set out to write a character who is a man or a boy (my gender-opposite, in case you didn’t know), I don’t make a big deal about it. I don’t fret over, how can I make this character sound like a male voice instead of a female voice. I focus more on studying what makes my character tick, and start writing.

Later on though, sometimes I do worry about my male character’s sounding feminine. For example, right now I’m working on an epic fantasy book. It features a main male character who is very gentle and serene. He believes in nonviolent communication very much, and tries his best to help people, even those who may have mistreated him. He believes in an optimistic view as much as he can, and he is also a big believer in Fate. All of these serve to make him “in touch with his feminine side”, you could say. He’s in touch with his emotions and forthcoming about them, and enjoys nurturing others.

So, I worry that these qualities which are seen as feminine in our world today will make people think my male MC is a pansy. But I hold by his personality, because there are certain incidents and facts of his history that have made him have those so-called “feminine” qualities.

We come to my challenge then: How to make this male character appealing to male readers, even though he shows more feminine personality traits than male?

Perhaps I’m stereotyping. Really, that’s what it is. After all, there are sensitive men out there. They smash all stereotypes. They do exist! So perhaps I should not worry about it so much.

I have no conclusion to make on this, really, because…I still worry about that male MC. He’s not likely to change toooo much over the course of revising the first draft (or subsequent drafts), unless someone really balks about something in his character. Hopefully, he’ll be a success and loved even though he’s unusual…*I* certainly love him. (That’s another fun topic worth exploring – loving one’s characters as if they are real!)

Another story of mine features two male characters as the mains. For some reason I feel more confident about their believability and their draw towards male readers, in comparison to my mage character. I think it’s because I was able to get in their heads really well. When I write either of them, it pretty much just flows without too much overthinking.

Funnily enough, these two male MCs that I write more easily were never officially profiled, whereas the mage MC has a long character profile. So here’s another topic I might take up the challenge of: What makes one story flow more easily, and how helpful is it to write stream of conscious versus planning out scenes, dialogue, etc.?

Also, votes are welcome as far as what topic I should write on next. Is there something that you’re curious about in the writing craft world? Should I say more on my own stories? Is there a topic you find confusing or rarely discussed that you would like light shed on?

"I, C.S. Kinnaird, blog about writing in order to help writers find a balance between writing with their hearts and writing with their minds. I do this because I want to know how creativity works psychologically and how we can put our heart’s struggles and triumphs into every piece we write." 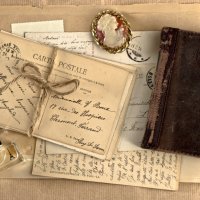